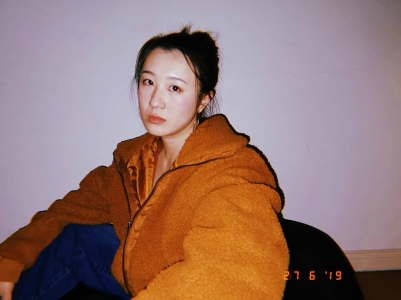 Wang Chen was born and raised in China, and has studied in Australia since 2015. In 2018, Wang Chen obtained her Master’s degree in Fine Art at RMIT University and settled down in Melbourne. Wang Chen creates emotionally resonant artworks that extend beyond languages or cultural barriers based on her multi-cultural background. In Chen’s video works, she examines various methods of re-experiencing her internal emotion and memory and shares them in the context of exhibitions. 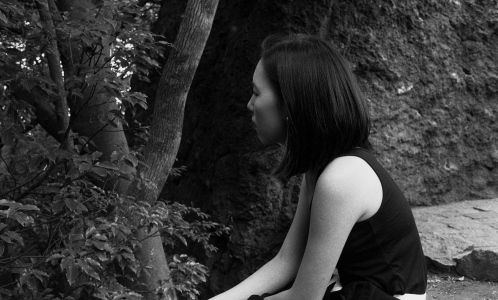 Chen Dandizi (b.1990). Graduated from the oil painting department of Guangzhou Academy of Fine Arts in 2015. Creation involves video, installation, photography and literature. Her recent works explore the perception and experience of encounters with the daily phenomenon of natural or artificial, including alienation of human emotion, and hope to get the consolation out of alienated by the observation and imagination of nature. In her case, text reading, self-knowledge, and observation of the environment and atmosphere in the region create a hidden connection that is difficult to capture, as it says: “everything makes sense.”

Born in Hong Kong, Nikki Lam is an artist, curator and producer based in Narrm/Birraranga (Melbourne, Australia). Working primarily with moving images, performance and installation, her work explores hybrid identities often through studies of rituals, language and representations, as well as the ephemeral medium of video. Nikki’s work has been shown widely across Australia and internationally including Itoshima International Arts Festival (Japan), Pier 2 Art Center (Taiwan), Underbelly Arts Festival, SafARI, Firstdraft, BUS Projects, Australian Centre for Moving Image (ACMI), The Substation, The Ferry Gallery (Bangkok), Galleria Marcollini (Italy), and Over View International Festival of Video Art. Nikki is currently Co-Director of Hyphenated Projects, associate producer at Next Wave and a board member of Seventh Gallery. She has been the Artistic Director of Channels Festival (2014-2017), ACMI X coordinator at Australian Centre for Moving Image, visual arts editor at Peril Magazine and digital content producer at Footscray Community Arts Centre. She has a Bachelor of Visual Arts in Photomedia (2009, Monash University) and Executive Master of Arts (2014, University of Melbourne).

Alvin Luong fabricates personas and stories by integrating personal biography with historical narratives and contemporary events. These personas and stories are created through photography, video, and installation. Luong’s artworks are positioned between reality and fiction, familiar and foreign, and humourous and tragic. The artist reflects on moments of comedy, profoundness, and absurdity from life under various conditions of governance, culture, and economics. Key influences in the artist’s work include the artist’s biography of being a descendant of refugees, living in the West as an Overseas Chinese, and a passion for economic justice. In 2016, Luong completed a BA (Hons.) from the University of Toronto with the highest standing in the field of Humanities. That year Luong was invited by Trinity Square Video to produce a solo exhibition. In 2017, Luong was awarded the OCAD University Off Screen Award for best New Media installation in the 2017 Images Festival, and received a commissioned by V Tape and Reel Asian. In 2018, Luong was Artist-In-Residence at IOAM Beijing, lectured at the Institute for Provocation in Beijing, and was a finalist for the award Media Artist Award by EQAA Bank. In 2019, the artist exhibited at Boers-Li Gallery in Beijing.

Zhiliang Jin has lived and studied in Glasgow, UK and several places in China. Zhiliang Jin’s work explores the recurring motif of information, from painting to video installation, making different ways of perceiving the essence of surrounding objects and our experiences with them. He uses photography (cropped photos and online photos) as the foundation to make drawings, and paints them as a means of refining information from a chaotic world. His work considers information from around the world, crossing the threshold between the ins and outs of information in terms of perception, space in between and ways of seeing. He is intrigued at how we make contact with the information around us, discovering its meaning, and how data is spread in the world as well as the distance between insider and outsider viewpoints. His work aims to capture objects’ extraordinary presences, and to provoke the viewer to perceive them and attempt to understand the essence and content of human perception more wholly. 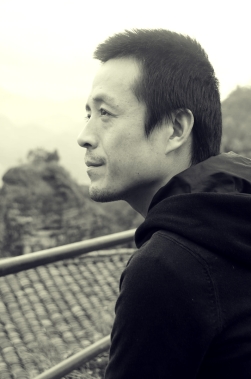 Sucheng graduated from the Fine Arts Department of Nanjing Normal University, works and lives in Nanjing. His works include video, painting and printmaking. 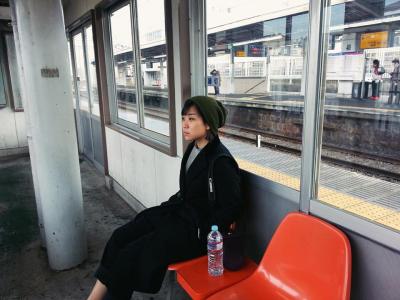 Daphne Xu (b. 1992) is an artist exploring the politics and poetics of place through film, photography, video and printed matter. Her practice engages ethnographic observations of the everyday and the affective experiences of contested landscapes. With a Master in City Planning from the Massachusetts Institute of Technology and a Bachelor’s in Anthropology from Brown University, she works at the intersection of visual ethnography, public art/design, and civic media. In 2016, she co-founded Sponge Gourd Collective, an artist and research collective, whose publications and video installations have been circulated and exhibited in Beijing, Hong Kong, Bangkok, Berlin, Madrid, New York, Los Angeles, Philadelphia, and Boston. Daphne’s work has been acquired by the Watson Library at the Metropolitan Museum of Art (New York) and has been exhibited at Inside Out Museum (Beijing). Daphne is currently a Film Study Center Fellow at Harvard University.

Zhao Xu, film director and artist, born in Inner Mongolia in 1992 and dropped out of UAL Wimbledon Art College in 2013, based in Beijing now. His first feature film “Hills and Mountains” was selected by West Lake International Documentary Festival in 2018. It was also the closing film in 2017 JIMEI x ARLES INTERNATIONAL PHOTO FESTIVAL and was screened at UCCA “New Asian Scenery” Program. In 2015, his short documentary film “Regarding Lambs in the City” won the jury prize of the 12th Beijing Independent Film Festival and was sought after by Li Xianting Film Fund. It was also selected by the 12th China independent film festival, the 6th Chinese Visual Festival and London We Are the People Film Festival. Besides films, his works also include paintings and video installations.

Born in Changchun, China, Hanwen Zhang is an artist and filmmaker who currently lives in New York. He received a BS degree in Mathematics and Physics from the Tsinghua University in 2016 and an MFA degree in Photo, Video and Related Media in the School of Visual Arts in 2019. Zhang’s practice is mostly based on still and moving images, supplemented by performance, digital technology, and writing. Derived from observation of personal experience, he examines the status of existence and identity issues in contemporary society, as well as their relationships with ideology, space, memory, and body. His work has been exhibited in Power Station of Art (Shanghai), Fou Gallery (New York), Art Academy of Tsinghua University (Beijing), and other places and his writing has been published on ArtCo China, BLINK, BROWNIE, and other media outlets. 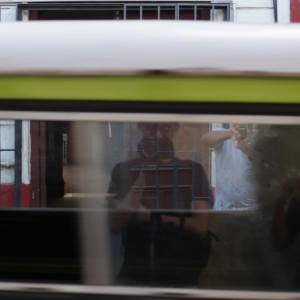 Peng Zuqiang makes moving images. He received his MFA from the School of the Art Institute of Chicago where he was awarded the New Artist Society Fellowship, and a BA from Goldsmiths, University of London. His works have been shown internationally at exhibitions and festivals in China, Germany, Ecuador, Hong Kong, the Netherlands, Poland, Switzerland, the U.K. and the U.S, including Dok Lepzig, Open City Documentary Festival, Connecting Space in Hong Kong, Galerie Gabriel Rolt in Amsterdam and the Museum of Fine Arts, Houston. He has attended artist residencies including the Core Program and the Skowhegan School of Painting and Sculpture. Zuqiang is part of the film collective Fish in a Pot.